FAMILY OWNED AND OPERATED SINCE 1971

St. Peter Projects’ agents work for the seafood supply chain from the source to the end user, to keep seafood moving and dollars turning. Our approach consists of 4 core objectives:

St. Peter’s Brand Alligator Meat has a mild flavor and firm texture. High in protein and low in fat, wild-caught alligator meat is often described as “tasting like chicken.” The first of our private-label products, St. Peter’s alligator filet is HACCP approved, Certified Cajun, produced according to best quality industry standards and marketed with over 50 years of experience. 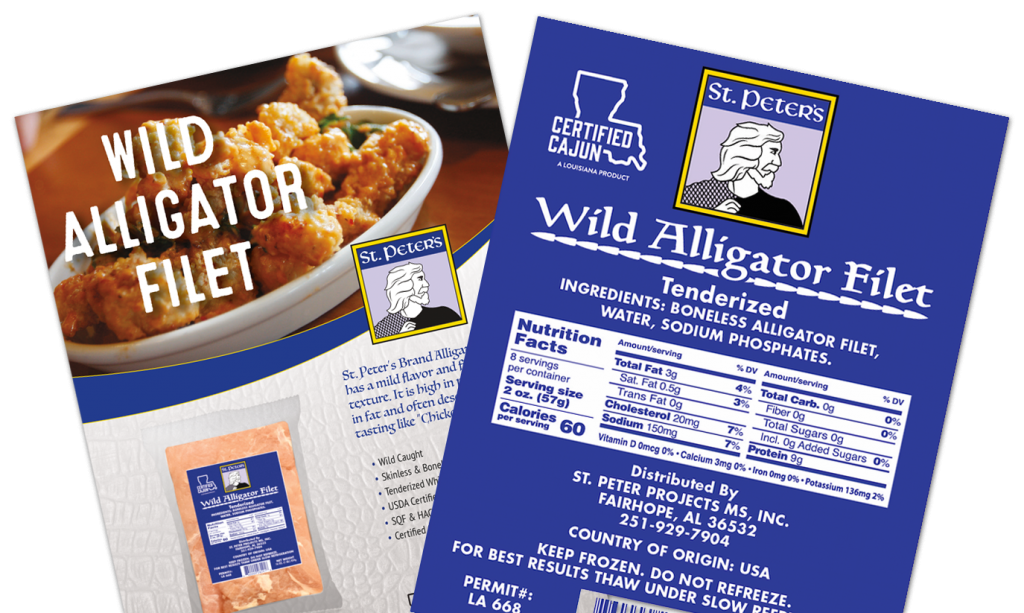 St. Peter’s Brand alligator filet is machine tenderized twice to ensure tender, flavorful, white meat with a light texture. Prior to packaging, the product is placed on a drip belt to preserve peak probability in maintaining the original weight of the meat once defrosted.

The meat in St. Peter’s Brand wild pack is primarily tail meat. We estimate the product to be 80% tail meat and the remainder to be equal parts of the back strap, rib meat and jaw meat. No red meat is used in our product.

Under proper handling and storage procedures, 24 months from date of production.

Described as “The world’s most edible fish,” St. Peter’s Brand Pompano has an edible skin that does not require scaling. The meat is firm but finely flaked with a sweet, buttery flavor. Pompano has a moderate fat content that is high in Omega 3 and protein. St. Peter’s Pompano is HACCP approved, GMP & GAP certified, produced according to best quality industry standards and marketed with over 50 years of experience. 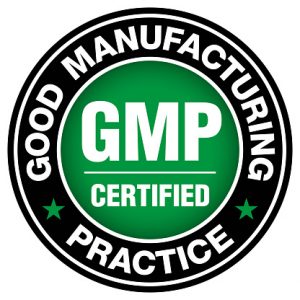 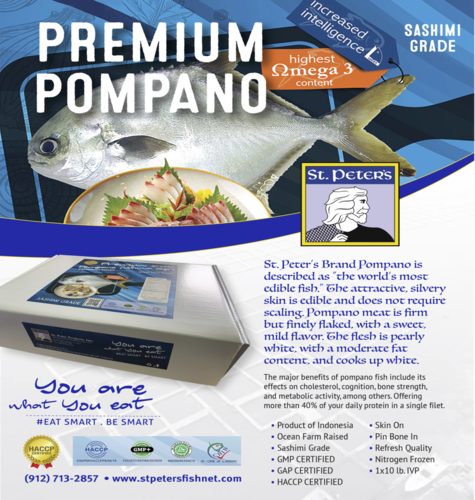 St. Peter’s Brand Pompano is farm raised in open sea cages off the pristine waters of Indonesia. Upon harvest the pompano are immediately taken to our nearby processing plant, processed in fillets, placed and sealed into vacuum bags and nitrogen frozen to lock in freshness.

The attractive, silvery skin is edible and does not require scaling. Pompano meat is firm but finely flaked, with a sweet, buttery, and mild flavor. The flesh is pearly white, with a moderate fat content, and cooks up white.

Under Proper Handling and Storage Procedures, 24 Months from Date of Production

St. Peter’s Brand Whole Cooked Seasoned Crawfish are mildly salty, slightly sweet, and while cooking, absorb the seasoning for an authentic Cajun flavor.  They are meatier than crab and not as tough as shrimp, but are often described as tasting like a combination of the two. St. Peter’s Whole Cooked Crawfish is HACCP approved, Certified Cajun, produced according to best quality industry standards and marketed with over 50 years of experience. 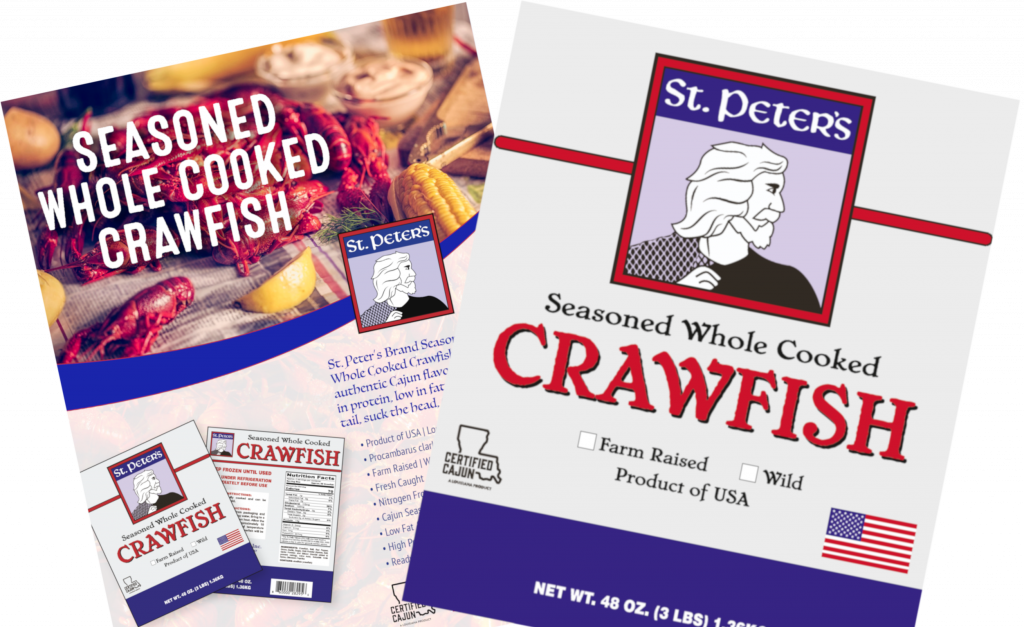 Harvested in farms and the wild, boiled Cajun style from fresh raw material, as well as, nitrogen frozen to maximize freshness and to ensure the product remains intact.

Under proper handling and storage procedures, 24 months from the date of production.

Looking to get the most high-quality wild-caught alligator meat and fresh-caught whole cooked crawfish for your money? Contact us today about adding St. Peter’s Brands to your inventory.

YOU NEED IT, WE'LL FIND IT

When you work with St. Peter Projects, know that you’re getting the best in competitive pricing, efficient communication and trusted commitment to all levels of the seafood supply chain. From domestic to global sourcing, we specialize in frozen seafood but work with fresh. A list of our primary products below: 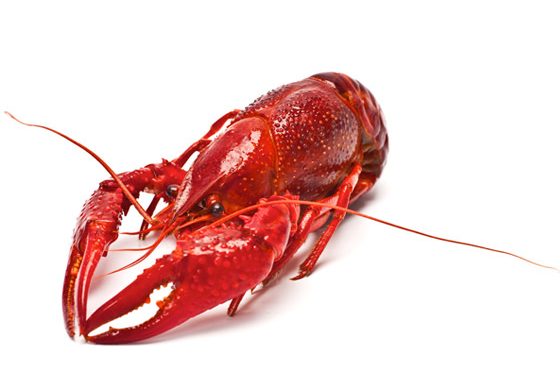 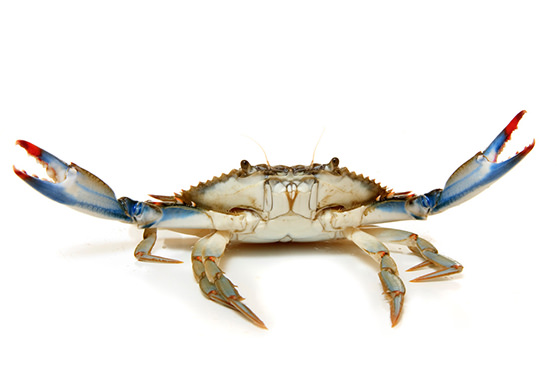 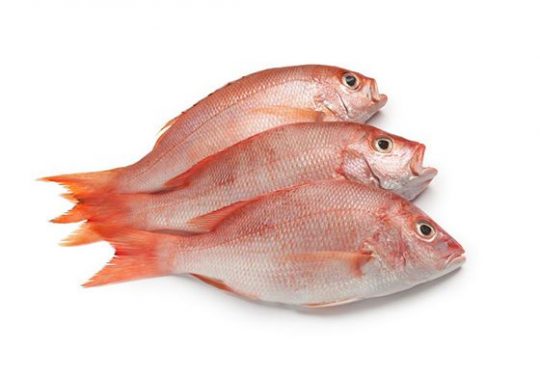 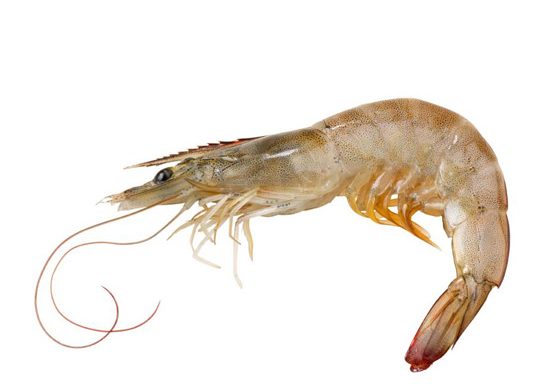 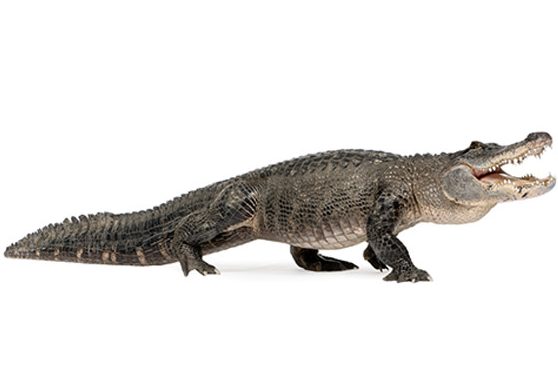 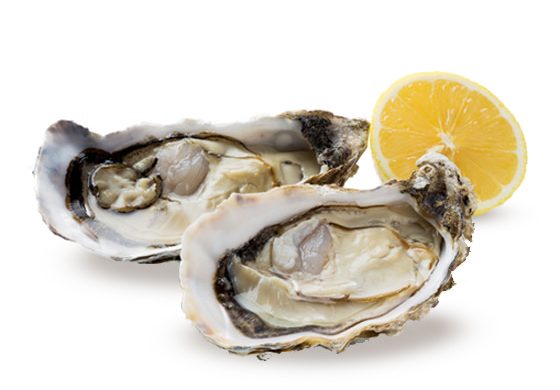 DON'T SEE WHAT YOU NEED?

That’s okay — St. Peter Projects will find it for you.
We have extensive experience with an ocean-full of inventory.

Chip Henry’s been living water and seafood from his earliest beginnings. He was raised near, in, around, and on the waters of the Gulf of Mexico. His experience in the seafood industry began at the young age of 10 when, after school and on weekends, he’d go crabbing and sell his catch to neighbors and friends. In grade school and thru his high school years, Chip shucked oysters for local restaurants. In 1969, after 6 years in the army and in search of work following the devastation caused by Hurricane Camille…

Chip moved to Atlanta and brought his seafood knowledge with him. He opened his first retail seafood market in Chamblee, GA. Seafood City, as it was called, grew in popularity and spread across metro Atlanta to 5 separate locations. Shortly thereafter, Seafood City expanded to include local distribution to broad liners and grocery store chains.

In 1984, Chip married, and as his family grew, so too, did his business ventures. He began working with an aquaculture biologist near the Sea of Galilee in Israel to introduce, market, and sell St. Peter’s Fish, otherwise known as Tilapia, in the American marketplace.

Chip’s early experience with adversity contributed to his solid work ethic. His lifelong dealings with seafood provide a rich knowledge base for both product and market trends. And his love of the seafood industry has spread to his son, Tommy, and daughter, Tina, who’ve joined St. Peter Projects with hopes of maintaining and developing relationships that keep seafood moving on a global scale.

Will Coker
Controller
Email Will